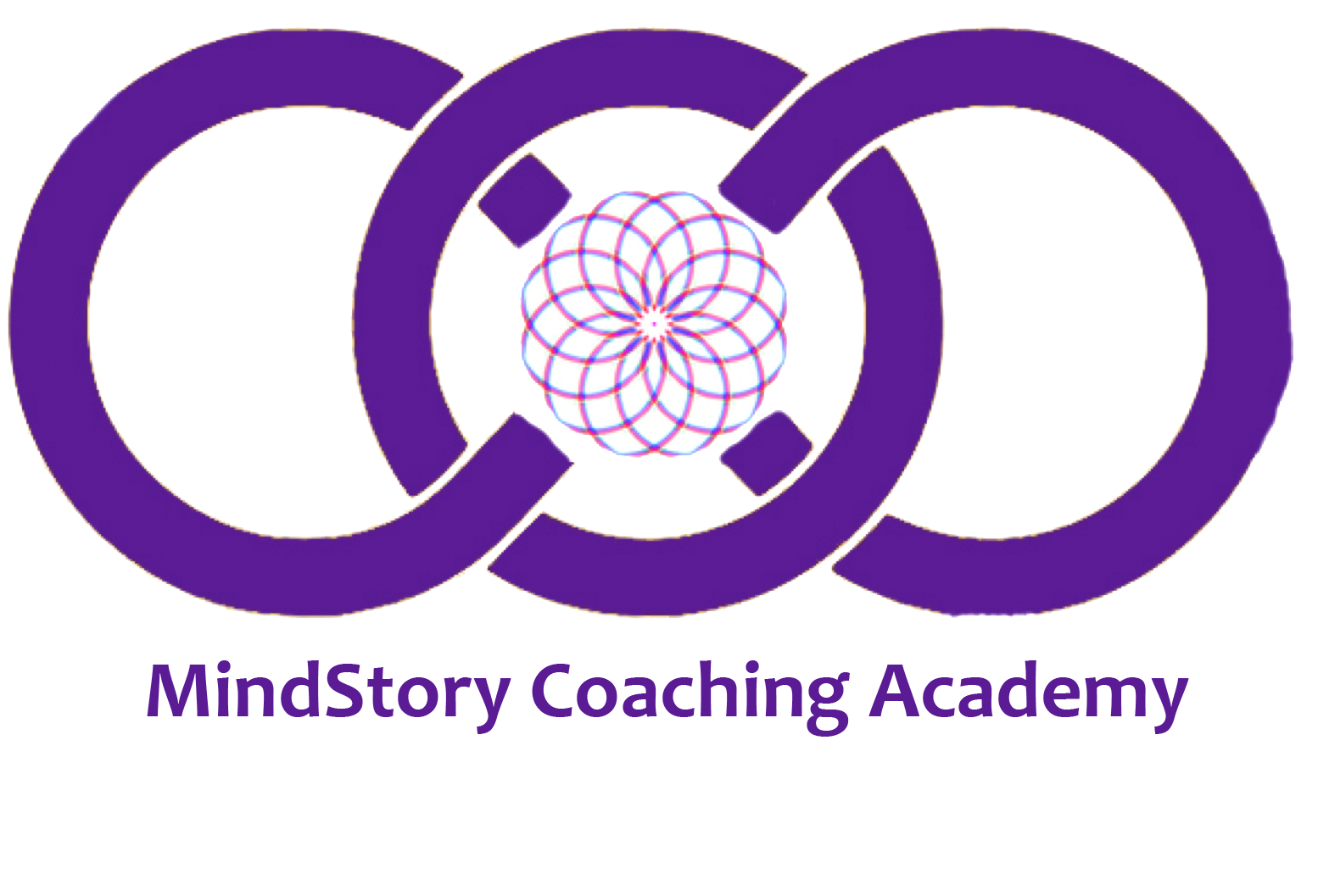 Before asking a question, make sure to check out Frequently Asked Questions.

Type your questions below about any aspect of MIC or the coaching tools that you are working on.
Please don’t include your name in titles or questions.

One of our Certified Coaches will answer your question.
​You can easily find your answered question using the search box below the submission form.
​

All questions are archived each month at bottom of monthly pages.

Click a question below to see the answer your question.

I find it hard to admit the meaning I’m giving to an issue in my life. How can I get past this?

Ask yourself why it is hard to admit that you’re giving that meaning to your issue. This answer is a deeper meaning that will help you break free. Remember, you don’t have to admit these thoughts to anyone but yourself. Some of us have a hard time admitting our interpretations because we judge ourselves for doing that. This serves no purpose and has no upside. Try to be curious and compassionate with yourself when doing this work. Most people do this. There is a reason why you think the way you do, and finding that reason can free you. It’s OK. It’s also OK to change your thoughts now. You can give yourself permission.

Does changing your actions change the MindStory? In other words, do you have to do the AVARA process first in order for the actions to change?

Yes. We have seen it work, but that is definitely more challenging. At times, it’s necessary to ‘feel the fear and do it anyway.’ However, it is much easier to transform a limiting MindStory into an empowering one, and then you’ll naturally find yourself eager to take empowered actions. If you try to take the empowered action while you still have a limiting MindStory, it can create inner conflict as discussed above with the consultant trying to write a book. But yes, it can be done. Just make sure you then go back and change the limiting MindStory or your new results will only be temporary.

What if I can’t figure out what I am feeling?

Breathe. Sit still. There may be many different feelings going on at the same time. Ask yourself which is the most dominant just to get a starting point. Start with the basic ones like sadness, agitation, frustration, anxiety. You can use the acronym SAFA, to remember them. You can often link other emotions back to these. For example, grief, disharmony, anger, fear are related to these.  This process is more an art than a science. You don’t have to be too specific for this to work. If you feel negatively, it is worth doing the work to find the thought causing it. The more you get in touch with your body and the different vibrational frequencies that different thoughts cause, the more you will be able to identify and name your feelings more specifically, and then once you do that, you can more easily identify the subconscious thought looping in the background. It’s like trying to catch a mouse in the attic, it tries to be evasive. But these tools can help you catch it and set it free.

Do thoughts always cause my feelings? Don’t feelings just overcome you sometimes?

There are three levels of feelings. One way is caused by physical sensations for example if you were  to peer over the edge of a tall building to the ground below. It can cause an involuntary feeling of fear. It’s a reaction that moves straight from the survival brain into the nervous system of the body, without going through the brain.  Soon after, we process the experience through the brain and think a thought that either intensifies the fear (“I could fall and die!”) or lessens the fear (“I’m safe up here. What an amazing view!”). The third level is from looping programs in the subconscious we call “Core Beliefs.” You may have a core belief regarding a fear of heights that got lodged in there from a bad experience that’s not been resolved. It’s still stored in the trauma center of the brain, causing an overreaction when in a similar situation. You may instead have a core belief regarding being comfortable with heights, causing you to view the situation from a more positive perspective. For the sake of this work, the most important distinction is in understanding that our thoughts and core beliefs—not external circumstances or other people—cause our feelings. Even with involuntary physical reactions, the feeling would then be intensified or lessened by our thoughts and core beliefs.

Is it always important to write down your issue and break it down on paper?

Not always, but in the beginning, we recommend you write it all down. By getting your thoughts on paper, it makes it much easier. The physical act of doing this helps re-write the more empowering neuro-pathways in your subconscious. Use paper, napkins, Word processor, whatever you have at hand. Start this way with the AVARA model – Acceptance, Vision, Action, Reprogram and Attention

This can be done anywhere, anytime in only a few minutes. It stops the looping and allows you to see it all more clearly. It activates what’s called the Witness Consciousness, which is a more whole brain way of thinking (versus survival brain thinking). Once you get better at it, you might be able to do it quickly in your head, but for painful thoughts, we recommend that you still write out and complete the entire model.

How do I write out just the facts of the issue without my interpretation? And why is that important?

When you write out your MindStory at the beginning of the AVARA model process, it’s a chance to get it all down unedited. It’s important that you don’t judge yourself, or edit what you write. Most people mix facts, interpretations, beliefs and feelings together. The AVARA model guides you to break it down into its component parts, so you can then reconstruct your MindStory in a more empowering way.

For example, a MINDSTORY versus FACTS would be “My landlord entered my apartment without my consent, then changed my faucet. Now it doesn’t work with my new water purifier that cost me $2000. He won’t change it back to a faucet that works with my system. He has no respect for me and my situation.”

The same situation listed just as the FACTS would be: “My landlord changed my faucet and now it doesn’t work with my water purification system.”

Can you see how unemotional that second one is? This was important because upon further investigation the landlord did have permission to enter her suite. It turned out that the faucet was an upgrade, since the old one was leaking and causing damage. One adaptor solved her problem, which the landlord willingly provided for her, once she approached him in an “untriggered” state. The AVARA model helped her get there.

How is the Action section of the model different from “Specific Next Actions” at the end of the model?

In the “Limiting Version” column you’ll explore Action in terms of how certain MindStories lead to certain actions or inactions. Often a person doesn’t realize, for example, that procrastination about writing a book is caused by fear of failure. This can help her transform procrastination at the root cause, instead of thinking it’s just laziness and therefore trying to change it via will power alone.

In the “Empowering Version” the Action Section helps a person see that empowering MindStories lead to better actions or inactions. For example, once they’ve turned around a fear of failure, then they can usually see themselves stopping the distracting activities and starting to get focused on the book. In other words, the Action sections in Step C and D are about broad, overall actions or inactions as in “Working on the book regularly” and “quitting my volunteer job”.

In contrast, the “Specific Next Actions” are designed to break down what you wrote in the Empowering Action section. “Working on the book regularly” is then broken down into easy-to-implement, small steps. For example, 1. Schedule writing time in calendar. 2. Brainstorm on Content 3. Organize and Create Theme 4. Outline 5. Chapter 1.

Can I use the AVARA Model to help me manifest a goal versus sort out an issue? For example, to move to another country.

Yes, just start with the goal, and then explore both your limiting MindStories and empowering ones. Usually when you set a goal, it tends to trigger obstacles in your own mind, many of which are subconscious. This process helps bring them to the surface so you can examine how you want to proceed. Then choose which actions will help you get there. If you set a goal without doing a process like this, the subconscious obstacles can sabotage your forward movement.

What is the difference between the VISION part of the AVARA Model and the REPROGRAM part?

I’m not totally sold on the idea that my thoughts cause my feelings. My teenager really does say negative things to me—I don’t just “think” she does.

It is never your teenager. You can’t outsource your feelings. Her actions are caused by her feelings and her thoughts cause her feelings, not yours. Everything your daughter says is neutral. You get to choose whether or not to make it negative with your own thinking. What you think about what your daughter says is what causes your feelings. If you believe her or think she is disrespecting you or if you think she should be behaving in a way that is different from reality, you will feel pain.

No one causes your feelings but you. We know it’s hard to break the habit of thinking, “She hurt my feelings,” but that thought is always a lie. You hurt your feelings each and every time.

Now, again, this is not condoning her behavior or suggesting you just let her walk all over you. Just consider the idea that you are choosing to believe what she says, so you hurt your own feelings. Once you see that, you can break free of getting triggered by what she says or does. Then you are in a better position to negotiate healthy boundaries. If you try to change the way she acts, from a triggered state, then you’ll just escalate the situation.

Got an idea for us at MIC? Email Support@MindStoryAcademy.com

Want to get coached on a group class? Email Support@MindStoryAcademy.com

Questions about your Membership? Email Support@MindStoryAcademy.com

© 2019 The Artistry of Change Inc. and Alchemy Consultants Inc.