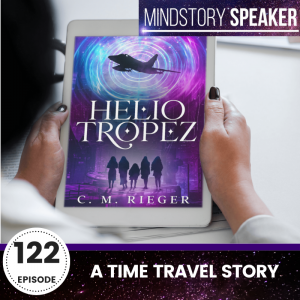 In this episode, I want to introduce you to my new novel, Helio Tropez, a time travel epic fantasy. If you are a writer or lover of “hero’s journey” stories…you’ll love this. Here you’ll get to listen to the opening chapter of the book.

Get HELIO TOPEZ on Amazon: http://mybook.to/HelioTropez

Below is a machine-generated transcript and therefore the transcript may contain errors.

This is Ep 122 –  A Time Travel Story. In this episode I want to introduce you to the novel, Helio Tropez, a time travel epic fantasy exploring subterranean worlds and metaphysical mysteries. Hi, I’m Carla Rieger. And this is the MindStory Speaker podcast.

It’s a departure from the typical episodes where we talk about stories, stories of the mind, that can be empowering or disempowering.  But this podcast is also about the power of stories you read or see or write yourself…and how they can affect positive change. So, if you do like to throw stories into your conversations and presentations, or you are a writer, or lover of stories…I think you’ll enjoy this. So, here you’ll get to hear a brief description of the book and the opening Prologue of Helio Tropez from our talented voice over artist, Talon David.

Visionary Fantasy fiction is a genre with mind, body, spirit themes and perspectives, including consciousness expansion, spirituality, mysticism, time travel and parapsychology.  So think The Celestine Prophecy, The Alchemist, Illusions or Journey to the Centre of the Earth. Maybe you’ve read books like that in the past.

The book, Helio Tropez, is like The Celestine Prophecy meets Mists of Avalon meets Jupiter Ascending. It centers on a time traveling man and his adult daughter. She lives a normal life until she discovers they are descendants of an advanced race of subterranean humans trying to help surface humans evolve.

Here are recent reviews from advanced readers of the book.

This is the best story I have come across in a very long time. The concept is original and mind-blowing, and the characters are completely believable. I couldn’t put it down.

And from another reader…

I don’t say this often, but I was genuinely hooked by Helio Tropez from start to finish! It’s a rare gem!

Now, Let’s dive into the Prologue:

If Hadden Violetta had learned anything in life so far, by the ripe age of twenty, it was to act on his intuition…even if he risked losing everything. That day, stealing a plane felt worth the risk.

The sun had just edged over the horizon, a mere sliver of golden light in the sky. His face was tanned from afternoons of working out on the beach. His United States Air Force uniform was worn and soiled. The smell of cheap mulled wine hung around him, following him like a curious shadow but always half a step behind. Leaning against a blackened ironwood tree, he took a shaky breath to compose himself. He wiped the sweat from his brow, bounced on the balls of his feet, rolled his shoulders, and broke into a sprint through the underbrush.

Emerging from the shade, the trees spat him into the muggy, petrol-filled air of the air force base. He darted from shadow to shadow before taking cover behind a discarded container. Peering around the corner, Hadden watched as the ground crew finished preparing the plane and huddled to chat amongst themselves. Right on schedule, a truck arrived at the entrance with a new shipment of supplies. As predicted, the ground crew left the plane unattended to help unload the shipment. With a skeleton crew left to cover the morning’s shift, most of the crew were still sleeping off the Christmas party hangover. Those still on their feet either hadn’t slept well or hadn’t slept at all.

The F-100 Super Sabre now stood alone, its canopy open. Hadden looked in both directions, then broke cover. He sprinted across the runway, hoisted himself into the cockpit, sealed the canopy shut, and donned the pilot’s helmet. Even without a photographic memory, he’d have known what to do. The countless hours of training had made the process of running checks a second nature, his hands moving from switch to button without so much as a hesitation. As the engines roared to life, the ground crew looked up, startled. The pilot emerged from the latrine with a confused expression, his eyes darting to and fro between the ground crew and his no-longer-idle aircraft.

As Hadden thundered down the runway, the crew ran for the airfield, waving their arms. As the jet lifted him into the air, the base shrinking into the background, he breathed a sigh of relief. Once he entered the cloud cover, Hadden activated the cloaking device in his amethyst and turned down the volume of the radio so he could focus. No one could stop him now.

In the distance, Makapu’s lighthouse jutted majestically against the azure sea. A humpback whale breached in the distance, and Hadden barrel-rolled in response before dropping low over the water. The whale breached again, splashing down in great plumes of foam. Hadden smiled. He felt free, even if just for a few rare moments. He began a gentle climb until he reached five thousand feet, then veered north-east, leaning hard towards the Big Island. The jet engine vibrated in his chest as he leveled out the plane.

As he cruised through the atmosphere, faces appeared, as they often did, in clouds and seascapes. Today, his mother’s star-drenched eyes appeared in the swirls of indigo below him. Their last conversation haunted him, still echoing in his ears. His decision to join the air force had torn the family apart, but this meeting could change all that and undo any wrongs against his family and those he loved.

His hands trembled on the controls, and he shifted, taking a breath to calm down. He searched through his memory banks for the story he needed – a tale about his father flying through a vortex that warped time, blurring the edges of one reality with another. It was a story that felt so real it was as though he’d experienced it himself.

Few people in the Air Force ever talked about these anomalies. Places like the Bermuda Triangle remained an unsolved mystery as far as civilians were concerned, but Hadden knew better. All those from where his father had come from knew about the places where you could travel between timelines and dimensions. A well-kept secret in one world was common knowledge in another.

He scanned the horizon until he saw it: the tubular cloud that marked an underwater volcano with a stargate. As he neared, the instrument panel became increasingly erratic, dials leaping like fleas. Instead of pointing to the magnetic north, it spun before locking on to the true north. His breath quickened as he unfolded the handwritten note. It contained four images, a date, and a set of numbers.

For four nights in a row, he dreamt the contents of that note. The first night was an image of the tubular-shaped cloud near Kilauea Volcano, also known as the Hawaiian vortex, with the date 21 December 1960 – the winter solstice. On the second night, he saw a city with skyscrapers and a tower that had a flying saucer on top of it. In the distance, a snow-capped mountain had towered above that city. On the third night, he dreamt of a house with a dome. It stood near a miniature Statue of Liberty. On the fourth night, he’d seen the time-space coordinates. The realisation had jolted him awake, covered in sweat. If this mission proved successful, it went against all-time travel regulations that had ever existed, but he had to do it anyway.

Gripping the controls tightly, he held the jet steady, pushing it to max speed, then plunged into the centre of the great cylinder. The cloud swallowed the aircraft whole. Inside, flashes of fork lightning erupted all around him. Thunder shook his ribcage. Swirling black clouds formed a tunnel ahead of him. As the propellers strained against the magnetic pull, sparks flew from the engine. Still, the plane glided forward as if on a frozen lake. His hands clenched the steering shaft, the plane shuddering so hard that metal plates started to separate. When the tailpiece erupted in a fireball, his breathing caught in his chest. He pressed his neck against the headrest, tucked his chin to his chest, brought his elbows in close and yanked the ejection lever.

The canopy flew off, and the charge beneath the seat fired, launching him clear of the plane. Seconds later, the chair fell away as his parachute thankfully opened. He watched in anguish as the jet flew into the distance, trailed by a cloud of black smoke. As he fell into the abyss, his stomach churned. Wind screamed in his ears, and sodden clouds engulfed him in the pitch dark. Hadden prayed for a soft landing.

When the clouds parted, the moon hung full in a starry sky. A landmass covered in silver skyscrapers sparkled in the twilight, most of them standing taller than anything he’d seen before. One looked like a flying saucer on top of a tower, just like in his dream. He manoeuvred his parachute away from the buildings and towards a nearby beach park. In the distance, the white cap of Mount Rainer looked on over his hometown. He recognised it, but Seattle had exploded in size, sprawling as well as stretching skyward.

Yet, despite the immensity of the city, it seemed quiet, the roads void of cars. He splashed down into Puget Sound, fifty meters from Alki Beach Park. Freeing himself of the chute, he swam to the familiar beach with the miniature Statue of Liberty. Crawling out of the water, he looked down both ends of the shoreline. Not a soul.

Dripping wet, he hiked up the rocky beach to a picnic bench. On the table, a newspaper was wedged between slats. Hadden held it up to the moonlight, squinting to see the date. He let out a breath and ran a hand through his hair. “It worked…” he muttered, spinning around in a circle, trying to see what this new century looked like. “2010. That’s… that’s unbelievable.” A few blocks away was the house with the dome. He shook himself off and started heading towards it. It’s why he’d come, after all. He’d been called, summoned to the future to meet someone, and that’s where he’d find them – the person who had sent him the message.

So that was the Prologue. If you want to listen to the next chapter, go to the Golden Age Timeline YouTube channel or Apple podcasts channel and look for the episode entitled Chapter 1. Or see the links in the shownotes.

And,  if you want to be an Advanced Reader of Helio Tropez, for the next few days, you can actually get a free copy of the book. You can see more info on the book, see sample chapters and get your free download at GoldenAgeTimeline.com/book. Or see the link in the shownotes. 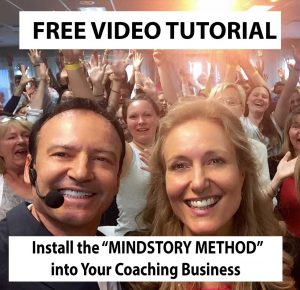 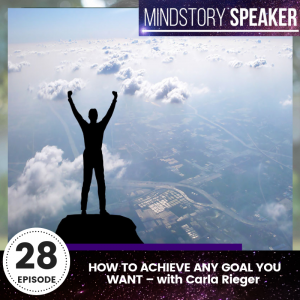 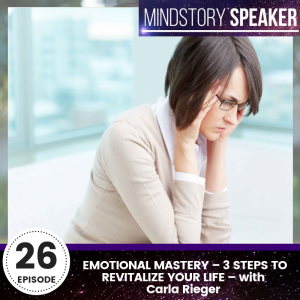 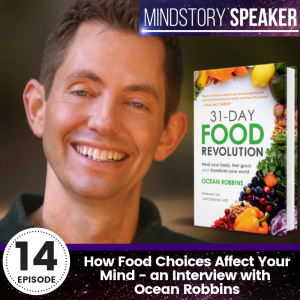 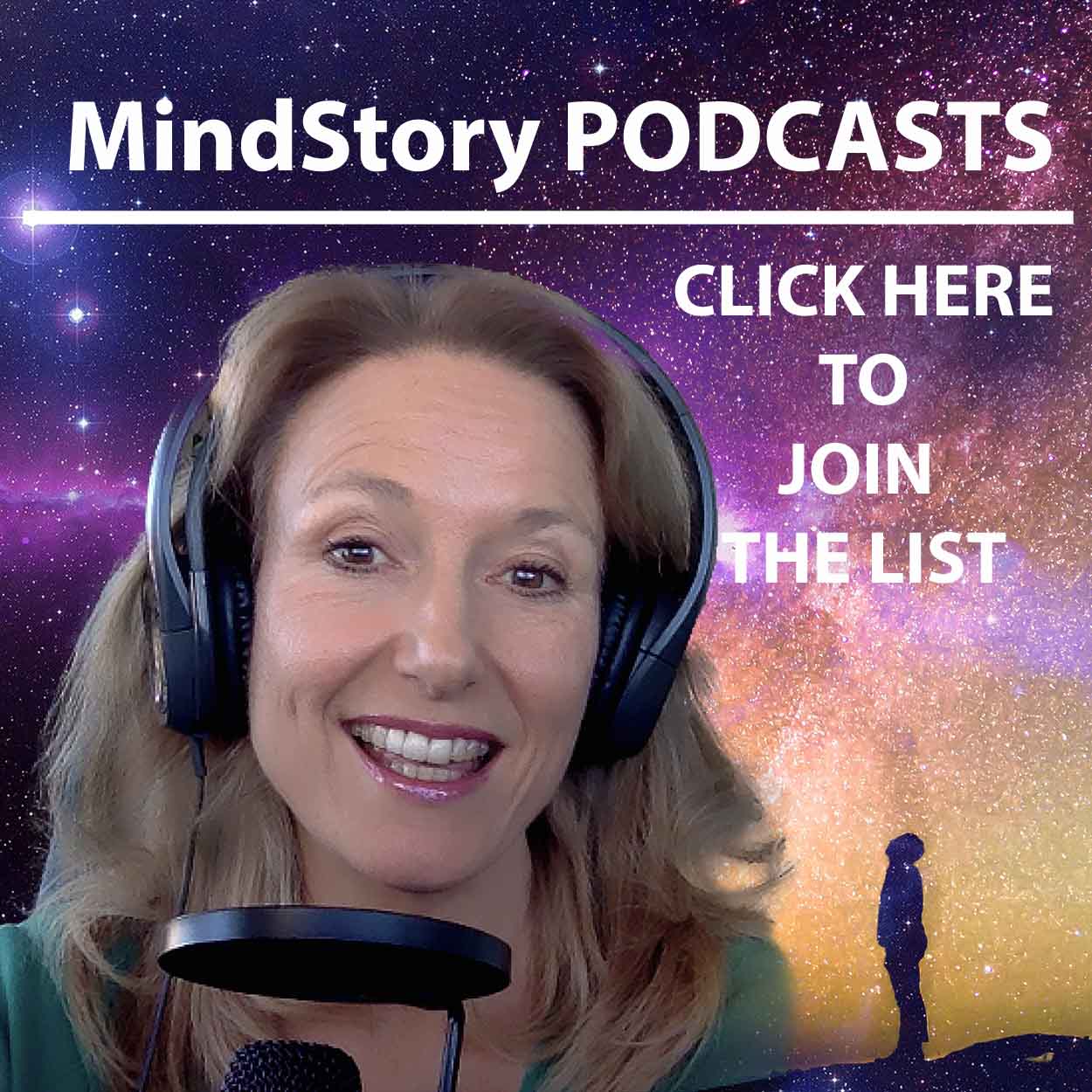